Everybody deals with frustration in their lives, especially when it comes to dating. You may feel like you’re doing everything right, but have no progress to show for it. You may watch other people get the dating success you want while seemingly putting in half the work. You may feel like you’re just beating your head against the wall over and over again like a particularly determined woodpecker. 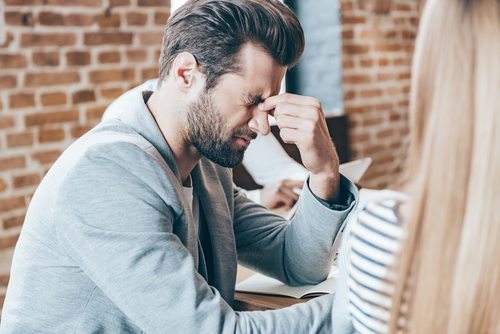 Other times, those moments of progress you have seem to pall in comparison to your failures. For all the days when you’re firing on all cylinders, there will be far more days that wouldn’t go right if you put a gun to it’s head.

But when dating has gone from being fun to being a non-stop parade of stress, frustration and depression, it’s time to take a few steps back and figure out how to work through your frustration and start making progress again.

The First Step To Beating Frustration: Eliminate Should From Your Vocabulary

The first and most important step you can take when it comes to beating frustration is to change your mind. 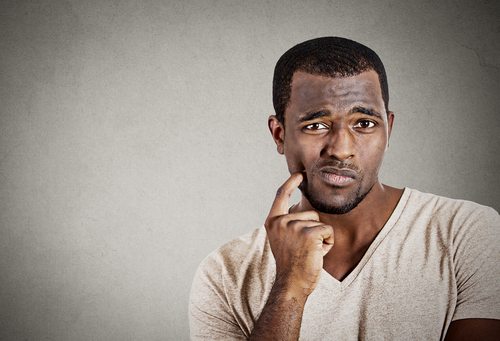 “Oh well that’s helpful, Doc. Gonna tell me about The Secret, next?”

Yes, this sounds woo-woo newagey feel-good bullshit. Stick with me for a second.

One of the biggest causes of frustration, especially when it comes to dating, is the idea that You’re Doing It Wrong. It’s something we see come up over and over again: the idea that there is a schedule or timeline by which things were supposed to happen. If you’re wrestling with social skills past a certain point in your life, then you’re deficient somehow. If you haven’t achieved certain stages in your life – your first kiss, your first relationship, losing your virginity – then you’re a fuck-up. If someone else has an easier time – they’re just more naturally comfortable with women, for example – then it means that there’s something wrong with you.

Here’s the thing: it’s all bullshit. It’s quite literally in your head. You’re falling prey to a self-limiting belief that says you should be able to do a thing by now. And it’s that one word that’s fucking you up: “should”.

The problem isn’t that you want to be doing better; that’s perfectly natural. It’s good to want things. It’s when we start believing that it’s a necessity or obligation that we start screwing ourselves over. “Should” is the word that steals any joy you get from your achievements. Should is the word that’s the source of your frustration because it’s telling you that what you’ve done isn’t good enough. The more you focus on where you “should” be or how you “should” be doing, the worse you’re going to feel because you will be disappointed.

So the first step to beating your frustration is to eliminate “should” and other verbs of obligation from your personal vocabulary. Words have power over us; the words we choose control how we think. Believing you should be able to do something, that you ought to have an easier time assigns an obligation and moral penalty for failing to measure up. It punishes you, even when you’ve done nothing wrong. 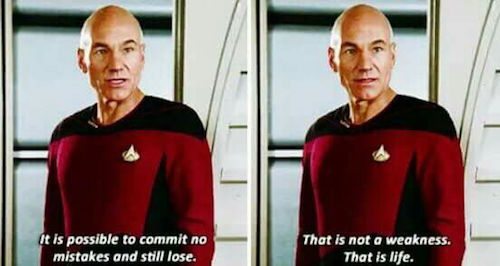 Instead of obligatory verbs, focus on the desire. Replace “should” with “want”. You wish you did better. You want to do better. You’d love it if you were having as easy a time as this other person. Desire motivates you. Wishing for something is an inherently positive thing because you can work towards a wish. It emphasizes the possibility of achieving it instead of cutting you down for any failures. Wanting something can spur you forward. But “should” will only frustrate and demoralize you.

As the bard once said: “Free your mind and your ass will follow.”

But while you’re working on changing your attitude…

Focus on What You Can Actually Control

This is the second thing that trips people up and leaves them frustrated: the fallacy that we have far more control over the world than we actually do. We believe that if we hit all the right notes, say all the right things and follow the flow-chart, we’ll get the results we want every time. 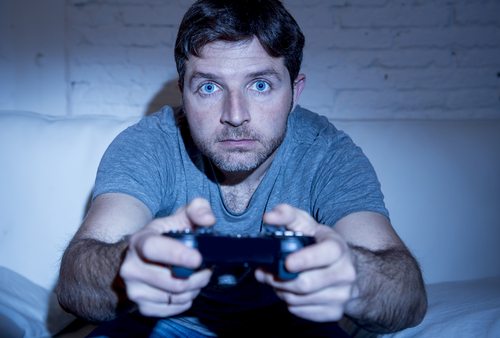 This is part of what makes pick-up so appealing to people: it applies video game logic to dating

Of course, this runs into the slight issue that we’re not gods. Our locus of control is incredibly small. We can affect the things immediately within our reach and little else. Once we start hitting the limits of our true ability to affect change, we start getting frustrated. It feels like we’re doing something wrong when we’re really trying to affect the impossible and getting mad when reality doesn’t bend to our will.

No matter how meticulously you plan, you can’t control for everything. No matter how hard you work, you can’t guarantee results. Chaos will enter into every system. People have wills of their own. There will always be times when the universe is just not going to respond the way you want.

Brad Pitt is unquestionably hot. There’re still women who wouldn’t fuck him with a rented vagina. No matter how hot, rich or charismatic you are, some people will just never like you. You can be flirting with someone you’re wildly compatible with, but sheer random chance means that they may be in the wrong place in life to date you.

Start getting familiar with this quote, ‘cuz it’s going to come up a lot.

So instead of letting your frustration at not being God get to you, focus on what you can control… and that’s you. Did you make a mistake? Then you know what you need to work on next time. Did something happen that you have no control over – they chose someone else, they didn’t respond the way you hoped, life just got in the way? Shrug your shoulders, accept that there was nothing you could do and start getting ready for the next person.

Don’t get me wrong: I’m not saying it’s wrong to feel frustration. It’s perfectly understandable, especially since there can and will be long stretches of failures. I’m not saying it’s easy to change your mind about how you feel. But you can rage about the unfairness of it or you can accept that some things are outside of your reach.

Grab a pen and paper and start writing down some of your goals – things about you, that are within your control, rather than “I would like to have a girlfriend by December”. Write it by hand, rather than typing; this controls a completely different part of your brain.

Start with the general and work towards the specific. If you feel your issue is, say, talking to women, then start there and refine things. Maybe you’re good at approaching, but less so at presenting yourself as a potential lover than a friend. Perhaps you want to work on your flirting. Write that down.

Don’t worry about how long the list is. Some people are going to have a lot they want to work on. Some aren’t. That’s fine. Just get it on paper.

Once you feel that you have a decent handle on what you want to work on, it’s time to start making a plan on how you’re going to start addressing them. 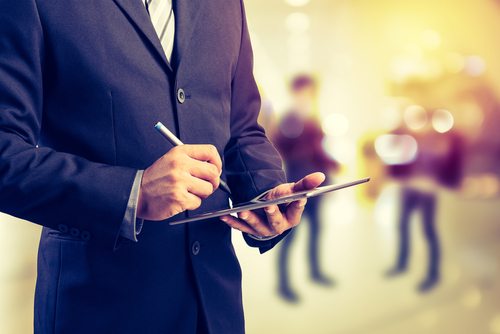 “That’s 20 cold approaches done. Now to move on to ‘getting her phone number'”

Think of it like working out. Your social skills are akin to your muscles. You develop them and make them stronger through deliberate use. Thus, you’re going to pick certain exercises and do a series of repetitions. If you have issues approaching strangers, then perhaps you’ll want to start by simply practicing going up to 10 people a day and asking for directions. Want to work on being more comfortable flirting or being a little more forward? Then you might want to try thinking outside of the box: try going to a place like Hooters or a strip club, where flirting is part of the business model.

Not sure how to work on it? That’s where the guide comes in.

One of the most important things to keep in mind is that you need to give yourself permission to fail. The point isn’t to do everything perfectly, it’s to simply do them. You’re taking back control and giving yourself a path towards where you want to be. Skill and success will come with time and practice.

And while we’re at it:

Look to Milestones, Not To The Goal

The single biggest mistake you can make when trying to overcome your dating frustration is to focus too much on where you want to be versus how far you’ve come.

Think of your progress like a cross-country road trip. The longer you focus on your final destination, the more frustrated you’ll get. No matter how fast you’re going or how long you’ve been at it, you’ll continually feel like you’re barely any closer. 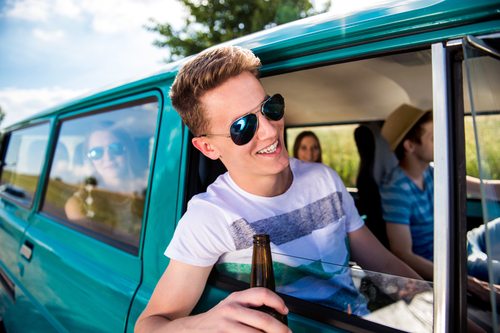 ♬ Life is a highway/
I’ve been stuck on this stretch for too damn long/
And I’ve been dying to take a piss/
For the last three hours. ♬

However, if you focus less on the end destination and more on the stops along the way, you’ll have a much better grasp of your progress. This is where keeping a journal comes in handy; not only does it give you a place to give your thoughts some structure, it also becomes a document of your progress.

This is why you want to keep track of everything quantifiable: the number of people you’ve approached, how you’ve done it, how they responded, how many numbers you’ve asked for, how many you’ve received, how many dates you’ve gone on, etc. This gives you concrete data that you can point to and measure. Even your failures are important: you’ll start being able to recognize how many things are under your control and how many are simply the vagaries of chance.

Gonna just keep repeating this until it sinks in…

These become your milestones – the signs of your progress and your growth. They’re the true measure of your journey. Yeah, you may feel like you’ve got thousands of miles to go but now you can stop and see how far you’ve come.

And one more thing:

Be Grateful For What You Have

Part of what causes frustration is a focus on what we don’t have. We look at other people and let their success take away from what we accomplished. We let other people be the markers of where we “should”1 be and it diminishes how we feel. But the fact of the matter is that – in the words of Teddy Roosevelt – comparison is the thief of joy. Judging ourselves by others creates a standard that’s impossible to live up to; we’re comparing our raw footage to their highlight reel. There’s simply no way to compare to that.

So instead of worrying about what others have that you don’t, you want to focus on what you do have. Taking time to look at what you have – no matter how small or seemingly insignificant – and appreciating it is important. Even if you don’t have a lot, it’s important to be grateful for it. Recognizing your blessings – even the tiny ones – makes you appreciate them and realize that you have more going for you than you realize. It makes you a happier and more pleasant person to be around.

Acknowledging what you have and what you’ve accomplished is at the core of breaking through your frustration. Practicing gratitude will change your focus from what you lack to what you have. This will give you the strength and drive to go out and get the rest. 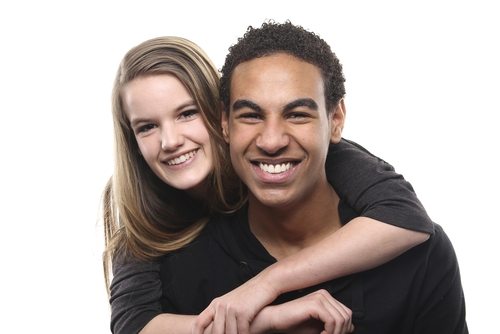